—ÚūŗŪŤŲŗ 69
In all the stations of his life, inevery sphere and status Sri Aurobindo was doing
his duties, that is, his workó kartavyam karmaóselflessly, which means with no
sense of self, or perhaps we should say, with supreme Selfhoodness; for such is
...
—ÚūŗŪŤŲŗ 213
Referring to the objects of sense, the Gita' says: ďit is by using the mental organs
on the objects, ranging over them with the senses', visayan indriyaiscaran, but
with senses subject to the Self, freed from liking and disliking, that one gets into ...
—ÚūŗŪŤŲŗ 413
A country is a country. Just as there is a religion-sense or a race-sense, there is
in the same way such a thing as a country-sense. You have to see these two
things separately. Particularly in a country where numerous races and religions
have ... 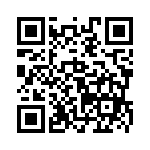