GREGORY TOLEDO is a freelance researcher. He is currently director of a juvenile behavioral treatment program in Boston. 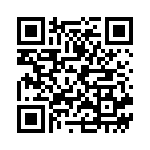