—ÚūŗŪŤŲŗ 42
Antonio Vieira , SJ ( 1608-97 ) , in his History of the Future ď The Hand of God was eminently seen in thinning the Indians to make room for the English , it pleased Almighty God to send unusual Sickness among them , as the Smallpox ...
—ÚūŗŪŤŲŗ 47
ď These praying Indians ' , he writes , ' quickly were for a more decent and English way of living . ' The mission became celebrated on both sides of the Atlantic ; where Las Casas could scarcely claim to have succeeded , John Eliot had ...
—ÚūŗŪŤŲŗ 112
But when they fled to Cuba , they left behind them five hundred of their black slaves , who took to the mountains , and under their leader , Juan de Bolas , with the help of the feverish climate , fought the English to a standstill . 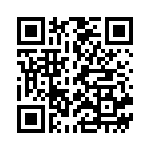