Izaak Walton (c. 1594 - 15 December 1683) was an English writer. Best known as the author of The Compleat Angler, he also wrote a number of short biographies that have been collected under the title of Walton's Lives. Walton was born at Stafford, c. 1594; the traditional '9 August 1593' date is based on a misinterpretation of his will, which he began on 9 August 1683. The register of his baptism gives his father's name as Gervase. His father, who was an innkeeper as well as a landlord of a tavern, died before Izaak was three. His mother then married another innkeeper by the name of Bourne, who would later run the Swan in Stafford. He settled in London where he began trading as an ironmonger in a small shop in the upper story of Thomas Gresham's Royal Burse or Exchange in Cornhill. In 1614 he had a shop in Fleet Street, two doors west of Chancery Lane in the parish of St Dunstan's. He became verger and churchwarden of the church, and a friend of the vicar, John Donne. He joined the Ironmongers' Company in November 1618. Walton's first wife was Rachel Floud (married December 1626), a great-great-niece of Archbishop Cranmer. She died in 1640. He soon remarried, to Anne Ken (1646-1662), who appears as the pastoral Kenna of The Angler's Wish; she was a stepsister of Thomas Ken, afterwards bishop of Bath and Wells. 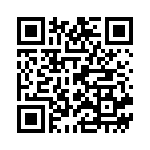