Nate Hendley is a freelance writer living in Toronto, Canada. His published works include Greenwood's Bonnie and Clyde: A Biography. 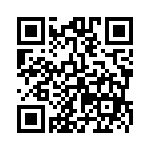