He could have at least cited a source or two in the body of the work. Granted, you can confirm some of what he says, but you've got to do your homework and have no life (I was able to look up some ... Ďđî÷ĺňĺňĺ ďúëíŕňŕ đĺöĺíçč˙

Jeffrey Burton Russell is Professor of History, Emeritus, at the University of California, Santa Barbara. 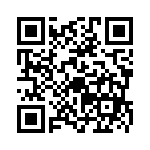