John Gray was born on April 17, 1948 in South Shields, England. He received a B.A., M.Phil., and D.Phil. from Exeter College, Oxford. He taught at several universities including the University of Essex, Jesus College, Oxford, and the University of Oxford. He retired as Professor of European Thought at the London School of Economics and Political Science in 2008. He contributes regularly to The Guardian, The Times Literary Supplement and the New Statesman, where he is the lead book reviewer. He is the author of several books including False Dawn: The Delusions of Global Capitalism, Straw Dogs: Thoughts on Humans and Other Animals, Black Mass: Apocalyptic Religion and The Death of Utopia, and The Immortalisation Commission: Science and the Strange Quest to Cheat Death. 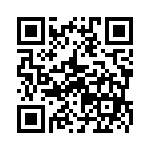