The Automobile Association (Great Britain) has been publishing travel guides since around 1910; and by 1929 they were issuing 239,000 routes a year. In 2003 this number had risen to a staggering 32 million. The AA (Great Britain) has always produced routes and travel guides, a business activity that has grown rapidly in recent years - AA Publishing is now the UK's largest travel publisher, producing more than 8 million books in 2003. Begining in 1912 the AA also started to inspect hotels, and those receiving the AA's famous star classification were included in subsequent editions of the Members' Handbook. Today the association inspects and rates more than 8,000 hotels and bed and breakfast establishments each year and review almost 2,000 restaurants, publishing the results in a series of annual guides. 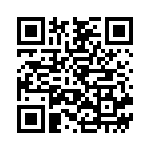