Ńňđŕíčöŕ vi
PACIFIC REPORTER, VOLUME 178 ( , ( ~, JUDGES uw G OF THE COURTS REPORTED DURING THE PERIOD COVERED BY THIS VOLUME COURT RULES SUPREME COURT OF OREGON Adopted July 30, 1918,. '- ARIZONA— Supreme Court. ALFRED FRANKLIN, Chief Justice.
Ńňđŕíčöŕ vii
COURT RULES SUPREME COURT OF OREGON Adopted July 30, 1918, to Take Effect September 3, 1918 Preface AMENDMENTS TO ... the Supreme Court it may nevertheless aid in arriving at a proper understanding of the rules promulgated by the court ...
Ńňđŕíčöŕ 158
consideration by the Nebraska Supreme Court was not even remotely Involved. The Nebraska Supreme Court evidently failed to find the New York cases we have cited above, since no mention is made of any of them, although, as we have seen, ... 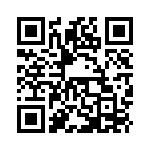