—ÚūŗŪŤŲŗ 7
Without this covering force , every lesser type must , sooner or later , give way to
the enemy ' s more powerful ' battleship , ' ' capital ship , ' ' predominant surface
ship , ' call it what we please . . This inherent element of sea power led to such ...
—ÚūŗŪŤŲŗ 85
To a Jewish idealist like Mr Laurie Magnus , the Jews are ' a nation of priests , '
and Judaism is ' a spiritual world force . ' To Herzl and his followers , the Jews are
not a nation of priests , but a nation , even as other nations , of rulers and ruled ...
—ÚūŗŪŤŲŗ 219
Physical force may manifest itself in many forms , as heat , light , or sound . Vital
force is still more variable , and one can predicate nothing of its behaviour . The
instinct for beauty , which compelled a saddler to adorn his work with a pattern of
... 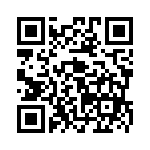