John Carey is emeritus Merton Professor of English Literature at the Universityof Oxford, and is acknowledged as one of the world's leading Miltonists. He has written extensively on Milton's life and poetry and translated his treatise 'On Christian Doctrine' for the Yale Complete Prose Works of John Milton 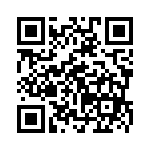