Robert N. Bellah is the Elliott Professor of Sociology Emeritus at the University of California, Berkeley. He coauthored The Good Society and Habits of the Heart: Individualism and Commitment in American Life, which was nominated for a Pulitzer Prize and has sold more than 500,000 copies. His other books include Imagining Japan, The Broken Covenant, and Beyond Belief. In 2000 President Clinton awarded Bellah the National Humanities Medal.

Steven M. Tipton teaches sociology and religion at Emory University and its Candler School of Theology, where he is a Professor and Director of the Graduate Division of Religion. He is the author of Getting Saved from the Sixties and Public Pulpits (forthcoming) and a coauthor of The Good Society and Habits of the Heart. 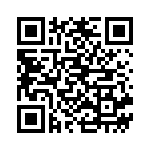