Howard Williams is senior lecturer in archaeology at the University of Chester and author of Death & Memory in Early Medieval Britain.

Carol J. Adams is a nationally known writer and lecturer on the vegetarian lifestyle, constantly speaking at conferences an academic meetings and on college campuses across the country. Her landmark book "The Sexual Politics of Meat" was recently reissue on its 10th anniversary. She also authored the "Inner Art of Vegetarianism" series. Adams lives in Texas. 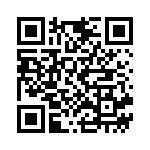