Страница 9
In later times Angirasa , like Bhrigu and other seers , was regarded as one of the
original sages , progenitors of clans of Rishis who went by their names , the
Angirasas , Atris , Bhargavas . In the Veda also there are these families of Rishis ,
the ...
Страница 11
It is not surprising , then , that in this mystic symbolism the seven Angirasa Rishis
should have become divine powers and living forces of the spiritual life without
losing altogether their traditional or historic human character . We will leave ...
Страница 16
The Angirasa , therefore , is not only an Agni - power , he is also a
Brihaspatipower . Brihaspati is called more than once the Angirasa , as in VI . 73 -
1 , yo adribhit prathamajā ștāva bịhaspatir āngiraso havismān , “ Brihaspati ,
breaker of the ... 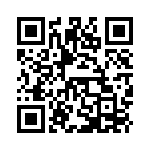