Ņōðāíčöā
KING: Now, good Lafeu, Bring in the admiration, that we with the May spend our
wonder too, or take off thine By wond'ring how thou took'st it. LAFEU : Nay, I'll fit
you, And not be all day neither. [Exit Lafeu. KING: Thus he his special nothing ...
Ņōðāíčöā
LAFEU : They say miracles are past; and we have our philosophical persons to
make modern and familiar things supernatural and causeless. Hence is it that we
make trifles of terrors, ensconcing ourselves into seeming knowledge when we ...
Ņōðāíčöā
LAFEU : [Reading the ballad title] 'A Showing of a Heavenly Effect in an Earthly
Actor.' PAROLLES: That's it; I would have said the very same. LAFEU : Why, your
dolphin is not lustier. 'Fore me, I speak in respect  PAROLLES: Nay, 'tis strange,
...
Ņōðāíčöā
LAFEU : Ay; is it not a language I speak? PAROLLES : A most harsh one, and not
to be understood without bloody succeeding. My master! LAFEU : Are you
companion to the Count Rousillon? PAROLLES: To any count; to all counts; to
what is ...
Ņōðāíčöā
LAFEU : No, no, no, son was misled with a snipt-taffeta fellow there, whose
villainous saffron would have made all the unbak'd and doughy youth of a nation
in his colour. Your daughter-in-law had been alive at this hour, and your son here
at ...

The Complete Works of William Shakespeare: The Alexander Text (Collins)

This reprint of Peter Alexander's 1951 edit of the whiz from Stratford'sComplete Works includes the full text of Shakespeare's total output, along with a new intro by Peter Ackroyd, a quickie ... Ïðîũåōåōå ïúëíāōā ðåöåíįčĸ

William Shakespeare (baptised 26 April 1564) was an English poet and playwright, widely regarded as the greatest writer in the English language and the world's pre-eminent dramatist. He is often called England's national poet and the 'Bard of Avon' (or simply "The Bard"). His surviving works consist of 37 plays, 154 sonnets, two long narrative poems, and several other poems. His plays have been translated into every major living language.

Shakespeare was born and raised in Stratford-upon-Avon. Scholars believe that he died on his fifty-second birthday, coinciding with St Georges Day. At the age of 18 he married Anne Hathaway, who bore him three children: Susanna, twins Hamnet and Judith. Between 1585 and 1592 he began a successful career in London as an actor, writer, and part owner of the playing company the Lord Chamberlain's Men, later known as the King's Men. He appears to have retired to Stratford around 1613, where he died three years later.

Shakespeare produced most of his known work between 1590 and 1613. His early plays were mainly comedies and histories, genres he raised to the peak of sophistication and artistry by the end of the sixteenth century. Next he wrote mainly tragedies until about 1608. He was a respected poet and playwright in his own day, but his reputation did not rise to its present heights until the nineteenth century. The Romantics, in particular, acclaimed Shakespeare's genius, and the Victorians hero-worshipped Shakespeare. In the twentieth century, his work was repeatedly adopted and rediscovered by new movements in scholarship and performance. His plays remain highly popular today and are consistently performed and reinterpreted in diverse cultural and political contexts throughout the world. 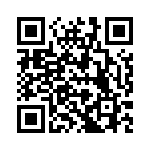