—ÚūŗŪŤŲŗ 23
According to the old physics , matter is essentially that which occupies space ,
has mass , inertia and weight as well as a capacity for doing work . This capacity
is its energy . Energy , according to the old physics , must always be carried by ...
—ÚūŗŪŤŲŗ 24
In fact the atom ' s nucleus is much more material than any piece of ordinary
matter . For , all the actual mass or weight of a piece of ordinary matter is
calculated to be contained in the nuclei of the atoms composing that piece , but
since an ...
—ÚūŗŪŤŲŗ 25
Listen to Sir W . Bragg , an authority on radiation : ď Light , visible and invisible , X
- rays , the emission of radioactive substances , electrons , matter itself , are now
seen to have common properties and to be united in some manner which we do ... 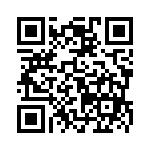