╤ҐЁрэшІр 170 - In the distant future I see open fields for far more important researches. Psychology will be based on a new foundation, that of the necessary acquirement of each mental power and capacity by gradation. Light will be thrown on the origin of man and his history.
╤Ёхїр ёх т 556 ъэшуш юҐ 1803-2008
╤ҐЁрэшІр 69 - Truth, for its own sake, had never been a virtue with the Roman clergy. Father Newman informs us that it need not, and on the whole ought not to be; that cunning is the weapon which heaven has given to the Saints wherewith to withstand the brute male force of the wicked world which marries and is given in marriage. Whether his notion be doctrinally correct or not, it is at least historically so.
╤Ёхїр ёх т 235 ъэшуш юҐ 1803-2008
╬їх
╤ҐЁрэшІр 406 - The theory or idea or system which requires of us the sacrifice of any part of this experience, in consideration of some interest into which we cannot enter or some abstract theory we have not identified with ourselves or what is only conventional, has no real claim upon us.
╤Ёхїр ёх т 183 ъэшуш юҐ 1873-2008
╤ҐЁрэшІр 131 - At this my heart sank within me: the whole foundation on which my life was constructed fell down. All my happiness was to have been found in the continual pursuit of this end. The end had ceased to charm, and how could there ever again be any interest in the means? I seemed to have nothing left to live for.
╤Ёхїр ёх т 170 ъэшуш юҐ 1803-2008
╤ҐЁрэшІр 406 - ... we have an interval, and then our place knows us no more. Some spend this interval in listlessness, some in high passions, the wisest, at least among 'the children of this world,
╤Ёхїр ёх т 280 ъэшуш юҐ 1858-2007
╤ҐЁрэшІр 406 - With this sense of the splendour of our experience and of its awful brevity, gathering all we are into one desperate effort to see and touch, we shall hardly have time to make theories about the things we see and touch. What we have to do is to be for ever curiously testing new opinions and courting new impressions, never acquiescing in a facile orthodoxy of Comte, or of Hegel, or of our own.
╤Ёхїр ёх т 271 ъэшуш юҐ 1873-2008
╤ҐЁрэшІр 253 - As the partridge sitteth on eggs, and hatcheth them not; so he that getteth riches, and not by right, shall leave them in the midst of his days, and at his end shall be a fool.
╤Ёхїр ёх т 493 ъэшуш юҐ 1802-2008
╤ҐЁрэшІр 26 - Thus, like a God-created, firebreathing Spirit-host, we emerge from the Inane; haste stormfully across the astonished Earth; then plunge again into the Inane. Earth's mountains are levelled, and her seas filled up, in our passage: can the Earth, which is but dead and a vision, resist Spirits which have reality and are alive? On the hardest adamant some footprint of us is stamped-in; the last Rear of the host will read traces of the earliest Van.
╤Ёхїр ёх т 170 ъэшуш юҐ 1831-2006
╤ҐЁрэшІр 60 - that every thing which is connected with manufactures presents such features of unqualified deformity ? From the largest of Mammon's temples down to the poorest hovel in which his helotry are stalled, these edifices have all one character. Time will not mellow them ; nature will neither clothe nor conceal them ; and they will remain always as offensive to the eye as to the mind.
╤Ёхїр ёх т 75 ъэшуш юҐ 1829-2006
╧ю-ьрыъю

Rosemary J. Mundhenk is professor of English at Lehigh University in Bethlehem, Pennsylvania. 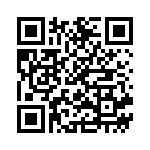