Страница 416
From the common man we have now got to the common reader , ' to whose
limitations Dr George Catlin , sometime Professor of Politics at Cornell , devotes
his long History of the Political Philosophers ' ( Allen and Unwin ) . This is the
English ...
Страница 163
These principles include a common recognition that government must be based
on law and not on arbitrary command , that in every State there must be a
constitutional provision under which the government in power can be changed in
...
Страница 353
Dr Goldsmith said , that “ to keel the pot ” was still , in his time , a common
expression in Ireland for “ to scum the pot ” ; which is , indeed , akin to cooling it ,
since it prevents its boiling over . Mr Steevens , however , says , “ Mr Lambe
observes ... 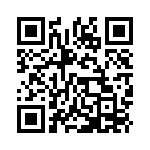