Robert Elsie, originally from Canada, is a writer, translator, critic and specialist on Albanian affairs. In addition to numerous translations, he has edited many books, including Kosovo: In the Heart of the Power Keg and A History of Albanian Literature. 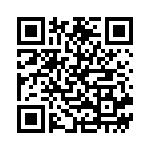