Robert L. Patten, Professor and Chair of the Department of English at Rice University, is the author of Charles Dickens and His Publishers (Oxford) and a two-volume biography, George Cruikshank's Life, Times, and Art (Rutgers). 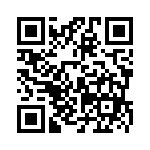