—ÚūŗŪŤŲŗ xi
PREFACE D URING the eighteenth century the number of Italians who traveled in Europe , America , and more remote parts of the world was very large . In the preceding century ó the seventeenth - very few Italian merchants , scholars , or ...
—ÚūŗŪŤŲŗ 46
While crossing those beautiful , fertile , and extensive Hungarian plains , we covered twenty German or one hundred Italian miles , without my being able to drink , because I then drank only water , just as I do today , and the heavy ...
—ÚūŗŪŤŲŗ 423
In Italy and the Italians in Washington's Time , 15-27 . Italian Publishers , New York , 1933 . Reviewed in Journal of Modern History , Chicago , V ( 1933 ) , 434 . Philip Mazzei , Friend of Jefferson : His Life and Letters . 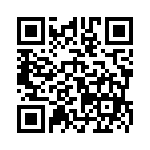