Anténor Firmin (1850-1911) was born and educated in Haiti. He studied law and held several political offices before being posted as a diplomat to Paris, where he was admitted to the Societé d'Anthropologie de Paris and wrote De L'Égalité des Races Humaines. He later returned to Haiti and served as minister of finance, commerce, and foreign relations. Asselin Charles teaches literature and journalism at Wenzao College of Languages in Taiwan. Carolyn Fluehr-Lobban is a professor of anthropology and the director of general education at Rhode Island College. 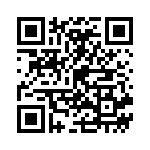