Ńňđŕíčöŕ 36
Perhaps he could turn his Chief Minister from his suspected purpose in some other way , he thought . “ Chief Minister , ” he said , before he drove , “ there is something I have to tell you . " “ Another time perhaps , Your Excellency .
Ńňđŕíčöŕ 133
And , oddly enough , as soon as the thought occurred to me , I found it easy to leave the group . As I stepped from the circle , I was taken by the elbow by the Sheikh , who looked at me closely , smiling . It was only when I started to ...
Ńňđŕíčöŕ 416
Well , I won't be seeing you for another two weeks , ' he thought , and turned , crunching across the packed snow towards the customs hall . Margaret was waiting for him by the barrier . Diffused music wafted away his tension , and the ... 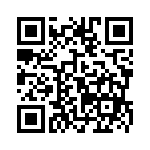