Mark Canuel is Associate Professor of English at the University of Illinois, Chicago. He is the author of Religion, Toleration, and British Writing, 1790-1830. 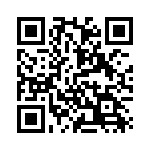