This book is the outcome of a conference at Emory University in 2004. The conference was to deal with the question "Was the First World War inevitable or improbable?". Taken from that conference were ... Прочетете пълната рецензия

Holger Afflerbach specializes in 19th- and 20th- Century German history; international relations; military history, particularly World War I and World War II, as well as Austrian and Italian history and has written widely on these topics. Until recently DAAD Professor of History at Emory University, he now teaches at Leeds University.

David Stevenson is Professor of International History at the London School of Economics and Political Science. He specializes in the history of international relations in Europe since c.1900, with particular reference to the World War I. His recent publications include Armaments and the Coming of War: Europe, 1904-1914 (Oxford 1996) and Cataclysm: The First World War as Political Tragedy (New York, 2004). 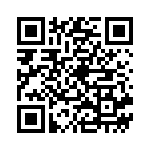