This is a book everyone should read! There are things we are not taught in Sunday School that everyone should know. This covers most of them. Jerry Savelle knows what needs to be done to keep Satan ... ŌūÓųŚÚŚÚŚ ÔķŽŪŗÚŗ ūŚŲŚŪÁŤˇ 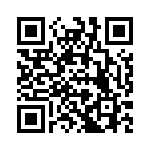