Ńňđŕíčöŕ 43
Crone , Sr. Motions For New Trial and Accordingly , we enter this Judgment N.O.V. Dismissed . Albert G. Blakey , III , Esq . , for Plaintiff ORDER Russell F. Griest , Esq . , for Defendant AND Now , To Wit , this 27th day of Miller May ...
Ńňđŕíčöŕ 59
Dismissed . the affected townships and other interested parties of adoption of such an or- William B. Anstine , Jr. , Esq . , for Plaindinance ( other than the routine adver- tiff tisement of all adopted ordinances ) , the Robert J.
Ńňđŕíčöŕ 104
On July ants Should Not Be Dropped be and is 26 , 1971 , while so represented , and after hereby dismissed , and the rule granted fendant's three prior convictions for an explanation by the court as to dethereon discharged ; and further ... 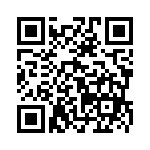