Ńňđŕíčöŕ 36
It has been claimed , from internal evidence , that the series of Italian sonnets ,
written long before he went to Italy , were addressed to , and welcomed by , a
lady who had a facility with languages and music , and who may have been
called ...
Ńňđŕíčöŕ 49
with the accomplishment and assurance of the best writers of antiquity led men
who could have written high poetry to write in Latin verse of Augustan polish : a '
high style ' , therefore , just had not developed in Italian , since what needed ...
Ńňđŕíčöŕ 93
Milton's Poems of 1645 Charles W. R. D. Moseley. the remainder of the volume ,
but a couple of points are worth a glance . The republication in 1645 , some 20
years after they were written , of numbers 36 – 37 , four short poems in elegiacs
on ... 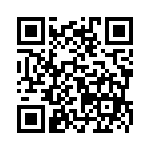