Страница 73
Heavy rains prevented him from visiting Mashonaland , “ his own country , but he
had an interview in Pretoria with Kruger , the nature of which probably had a
strong influence on the future dispositions of both men . Nobody was so much ...
Страница 89
It was dishonest because on the 8th August 1881 , on taking over the
administration of the country , the Pretoria Government had expressly declared , '
To all inhabitants , without exception , we promise the protection of the law , and
all the ...
Страница 150
In October 1900 , after Roberts had reached Pretoria , Rhodes made a speech at
Cape Town to a body of local jingoes . He did not bring them quite what they
expected . ' You think you have beaten the Dutch , ' he said , but it is not so . 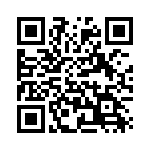