Lou Cannon covered Reagan for thirty-six years, first as a reporter for the San Jose Mercury News, later as the Washington Post White House correspondent. He is the author of four other books on Reagan including Ronnie and Jesse: A Political Odyssey, Reagan, and President Reagan: The Role of a Lifetime, widely regarded as the definitive biography and as "the best study of that enigmatic presidency " (New York Times Book Review). He lives in Summerland, California, near Santa Barbara.

Carl M. Cannon is the White House correspondent for National Journal, the author of The Pursuit of Happiness in Times of War, and co-author of Boy Genius: Karl Rove, The Architect of George W. Bush's Remarkable Political Triumphs. He lives in Washington, D.C. 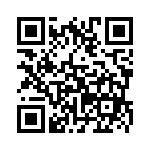