The truculent secret agent is in Portugal learning to Scuba dive, and indulging in some onion peeling. The ostensible mission isn't the real mission, and that one..... Good fun. Ïðîũåōåōå ïúëíāōā ðåöåíįčĸ

Solid but unspectacular - in the same series as Ipcress File. Deighton's anti-hero is diverting - but it does not deliver in the same way as the Bernard Sansom novels. Ïðîũåōåōå ïúëíāōā ðåöåíįčĸ

Len (Leonard Cyril) Deighton, the master of the modern spy thriller, was born in London in 1929. He attended the Royal College of Art and served in the Royal Air Force. He married Shirley Thompson in 1960. Deighton has varied work experience. Among other things, he has been an art student, railroad worker, pastry cook, waiter, photographer, and a teacher. Deighton's first of more than a dozen bestsellers, The Ipcress File, appeared in 1962. His spy thrillers are characterized by his careful attention to detail of place, sequence of events, and description of people, providing the reader with the strong sense of actually being there as the story unfolds. His works include two trilogies: the "Game, Set and Match" group--Berlin Game (1984), Mexico Set (1985), and London Match (1986) and the "Hook, Line, and Sinker" group - Spy Hook (1988), Spy Line (1989), and Spy Sinker (1990). Len Deighton also writes television plays and cookbooks. 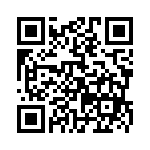