Former Professor of East European History and currently Emeritus Fellow of St Edmund Hall, Oxford. An authority on the history of Eastern Europe, his works include Bulgaria for The Oxford History of Modern Europe series (2007), A Concise History of Bulgaria (2005), Eastern Europe in the Twentieth Century and After, The Balkans and the Second World (2002) 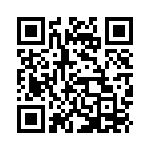