I love to listen to books that will help me to be better at something and I love to do that while cleaning, thus this book called to me. I will say I was disappointed. Other than it being a spin on my ... ŌūÓųŚÚŚÚŚ ÔķŽŪŗÚŗ ūŚŲŚŪÁŤˇ

This gentle book tells gentle stories from the author's life and how death cleaning became important to her. She writes about how she came to understand the need for reducing possessions, particularly ... ŌūÓųŚÚŚÚŚ ÔķŽŪŗÚŗ ūŚŲŚŪÁŤˇ

Margareta Magnusson says she is 'somewhere between 80 and 100 years old'. She was born in Gothenburg, Sweden, on New Year's Eve, and graduated from Beckman's College of Design in Stockholm. After working as a fashion and advertisement designer, she embarked on a career as a painter. Her first solo exhibition was held in Gothenburg in 1979. Later, she exhibited in Stockolm, Singapore, and Hong Kong, and widely around Sweden. She has moved house 17 times within Sweden and abroad, which is why she says, 'I should know what I am talking about when it comes to deciding what to keep and what to throw away'. 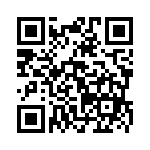