Michel Butor's early education was with the Jesuits, and he subsequently received degrees from the Sorbonne in philosophy. His thesis for his diplome d'etudes superieures was titled Mathematics and the Idea of Necessity. He has taught in Egypt, England, and Greece as well as in the United States. He is currently a professor of literature at the University of Geneva. Although technically and intellectually challenging, Butor's work has enjoyed considerable general popularity. A Change of Heart (1959) was awarded the Prix Theophraste Renaudot, one of the major French literary prizes, in 1957 and put Butor before the general public. The subject of his novels is consciousness, frequently presented in the form of an interior monologue and described in painstaking detail. Critics consider Degrees (1960) a complex novel that provides a brilliant picture of the perennial schoolboy-and the perennial teacher. Butor has also written a number of stereoscopies, or works on different levels in which the reader must participate actively. His literary and art criticism are contained in Repertoire I to IV and Illustrations I to IV respectively.

Richard Joseph Howard was born in Cleveland, Ohio on October 13, 1929. He received a B.A. from Columbia University in 1951 and a master's degree in 1952. He studied at the Sorbonne as a Fellow of the French Government in 1952-1953. He briefly worked as a lexicographer, but soon turned his attention to poetry and poetic criticism. His works include Trappings: New Poems; Like Most Revelations: New Poems; Selected Poems; No Traveler; Findings; Alone with America; and Quantities. He won the Pulitzer Prize for poetry in 1969 for Untitled Subjects. He is also a translator and published more than 150 translations from the French. He received the PEN Translation Prize in 1976 for his translation of E. M. Cioran's A Short History of Decay and the American Book Award for his 1983 translation of Charles Baudelaire's Les Fleurs du Mal. In 1982, he was named a Chevalier of L'Ordre National du Mérite by the government of France. He taught in the Writing Division of the School of the Arts, Columbia University. He died on March 31, 2022, in Manhattan, at the age of 92.

John D'Agata is the author of About a Mountain, Halls of Fame and editor of The Next American Essay and The Lost Origins of the Essay. He teaches creative writing at the University of Iowa in Iowa City, where he lives. 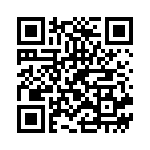