A native of Poland but now an American citizen, Piotr Wandycz is Professor Emeritus of History at Yale University. He served as an officer in the Polish army in Great Britain during World War II. He holds degrees from Cambridge University and the London School of Economics and Political Science, and certificates from the Universite de Grenoble, France, and the College d’Erope, Bruges, Belgium. 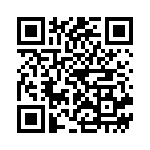