Edward Alexander of the University of Washington is the author of many books and articles on nineteenth-century literature and thought. 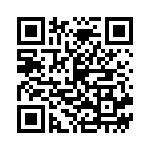