Ńňđŕíčöŕ 187
At a distance of twelve miles , we reached the small and secluded village of
Balnakeill , with its unpretending inn and church , together with the residence and
estate of John Gordon McMillan , Esq . , and after changing horses were once
more ...
Ńňđŕíčöŕ 192
Loch Orradale , four miles south of Campbeltown , from which , with tributary
mountain streams , is formed the river Coneglen , which falls into the sea at
Dunaverty . 2. Beinn - goillean Loch , three miles south of Campbeltown , the
source of ...
Ńňđŕíčöŕ 346
Torasdale Glen is two or three miles north of Saddell ; it is only a little glen , with
few inhabitants . The modern castle of this glen is a fine building . It was built by
General M Alister , who was proprietor of this glen forty or fifty years ago ; he was
... 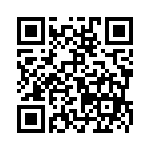