Ńňđŕíčöŕ 146
In this awful state I continued , until I arrived at the age of fourteen , when the Lord
removed me , in his providence , to Launceston , in Cornwall , as an apprentice .
Here religion was in a more flourishing state , though the family with whom I ...
Ńňđŕíčöŕ 270
... member of the church , in Father ' s kingdom . " She then des which she
continued fifty years , sired her son might be sent for , She otten mentioned her
pastor and requested him to unite with with much affection ; and the profit her in
prayer .
Ńňđŕíčöŕ 341
As frequently as his breath allowed him , he continued to animate his attendants ,
especially those who were members of his church ; observing to them , the
ground of their hope must be the same as his , the blood and righteousness of
Jesus ... 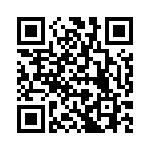