I have been married to my wife for 42 years. I am now at the age of 61. The Lord has blessed my wife and me with two daughters and four grandchildren. I became interested in the bible at the age of 16. After having studied the bible and listening to numerous ministers, I concluded there were too many different beliefs among these ministers about certain subjects that are in the bible. At the age of 58, I decided on finding the truth if animals will be in heaven, and what animals would be there.

After three years of intense study and research, I found not only does the bible tell us animals will be in heaven, but the bible also tells us the animals are to be resurrected at the second coming of Christ.

I knew God could have but one answer about the animal kingdom being in heaven, and through his help and my faith in his word, I have discovered the truth. 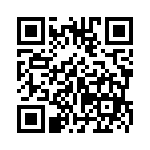