Страница 239
Homer , in that passage which Longinus has celebrated for its sublimeness , and which Ovid and Virgil have copied after him , tells us , that the giants threw Ossa upon Olympus , and Pelion upon Ossa . He adds an epithet to Pelion ...
Страница 245
The followirg lines , in which he tells him , that the day is not too far spent for kina to enter upon such a subject , are exquisite in their ... thy potent voice he hears , And longer will delay to hear thee tell His generation , & c.
Страница 269
Instead of telling us Ety , they s men naturally fly when they are terrified , he introduces not be the persons of Flight and Fear , who , he tells us , are insepar ethods . able companions . Instead of saying that the time was come ... 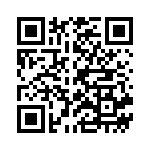