Ņōđāíčöā 49
Such tests indicate whether a person has ancestors who came from a particular
geographic area in which particular SNPs originated. Thus, the ability to
distinguish, through these tests, those Americans who identify as African
American shows ...
Ņōđāíčöā 225
Thus, mtDNA and Y chromosome findings say absolutely nothing about one's
paternal grandmother, maternal grandfather, or, in fact, the vast majority of one's
ancestors. This places a very serious limitation on the value of such analyses for
...
Ņōđāíčöā 227
Of course, even if his maternal ancestor, 10 generations ago, was Hausa, and the
people he saw were also descended from her, he would, as a result of this
common ancestry, share about one one-millionth of his DNA polymorphisms with
... 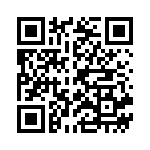