Lucy J. Reid is an Anglican Priest working in an ecumenical role in a multi-faith university chaplaincy in Guelph, Canada. She is the co-author of Working with Spirit: Meeting the Challenges of Work. 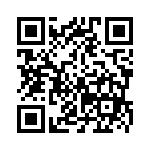