Helen V. Milner is Professor of Political Science and a member of the Institute on War and Peace Studies at Columbia University. She is the author of Resisting Protectionism: Global Industries and the Politics of International Trade (Princeton). 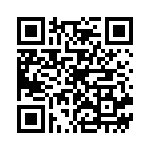