Christopher Cordess is Professor of Forensic Psychiatry at the University of Sheffield. He is an associate member of the British Psycho-analytic Society and has published widely on forensic psychiatry and psychotherapy.

Murray Cox was Consultant Psychotherapist at Broadmoor Hospital from 1970 to 1997. He was an Honorary Member of the Institute of Group Analysis, the Danish Society for Psychoanalytic Psychotherapy and an Honorary Research Fellow, The Shakespeare Institute (The University of Birmingham). His books include Structuring the Therapeutic Process: Compromise with Chaos, Shakespeare Comes to Broadmoor and, with Alice Theilgaard, Mutative Metaphors in Psychotherapy: The Aeolian Mode and Shakespeare as Prompter: The Amending Imagination and the Therapeutic Process. Both editors were contributors to Principles and Practice of Forensic Psychiatry, edited by Robert Bluglass and Paul Bowden. 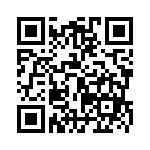