—ÚūŗŪŤŲŗ v
There is such a Witchery in him , that all the Rules of Art , which he does not
observe , tho ' built on an cqually Solid and Intalliblc Reason , vanih away in the
Transports of those , that he does observe , so entirely , as if i had never known
any ...
—ÚūŗŪŤŲŗ xx
The certain Consequence of this is , that the Rules and that pleases , are never
contrary to each other , and that you can never obtain the Later without the former
. Secondly , That Pocfic being an Art , can never be prejudicial to Mankind ; for ...
—ÚūŗŪŤŲŗ 266
and piercing Imagination foon found , that somewhat might be added to the
Design of Shakespear , of which neither Fleecher nor Suckling had ever thought (
fomething I hope to add to his Excellence , or else it had better never have been ... 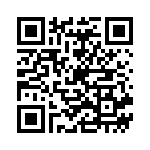