Ńňđŕíčöŕ 52
Events have taken place of late , and revolutions have been effected which , had they been foretold a very few years ago , would have been viewed as visionary and extravagant , and their influence is yet far from being spent .
Ńňđŕíčöŕ 336
In the third book a similar view is taken of Rome ; their eminent men likewise , and their martial deeds , are recorded with an appropriate dignity . The fourth book brings the goddess to her favourite topic , Britain ; and here a ...
Ńňđŕíčöŕ 358
was laid open , my entrails were taken out , and mangled ; my head was cut asunder , with my brain , the seat of fenfe , and in some degree of understanding : my eyes were taken out , and mangled : but , what is worse ; after they had ... 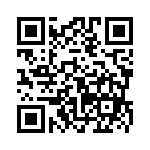