Ńňđŕíčöŕ 75
William Whipple, the father of our present subject, was a native of Ipswich, in
Massachusetts, and was bred a maltster. Having removed to Kittery in Maine, he
followed the sea, during several years. He married Mary, the eldest daughter of ...
Ńňđŕíčöŕ 77
Mary Whipple, the eldest daughter, married Robert Trait, Esquire, comptroller of
the port of Portsmouth previous to the revolution. They had three children, Robert,
William, and Mary: Robert and William went to Europe, where they settled; and ...
Ńňđŕíčöŕ 94
The court of commissioners met at Trenton, in New Jersey, on the twelfth of
November, but did not constitute a quorum until the eighteenth; when William
Whipple, Welcome Arnold, David Brearly, William Churchill Houston, and Cyrus
Griffin, ... 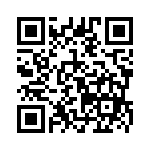