Ńňđŕíčöŕ 68
By what rule that does not leave the reader at the poet's mercy , and the poet at
his own , is the latter to distinguish between the language suitable to suppressed
, and the language , which is characteristic of indulged , anger ? Or between that
...
Ńňđŕíčöŕ 78
The first is a sonnet , equally admirable for the weight , number , and expression
of the thoughts , and for the simple dignity of the language . ( Unless , indeed , a
fastidious taste should object to the latter half of the sixth line . ) The second is a ...
Ńňđŕíčöŕ 144
My mind is not capable of forming a more august conception, than arises from the
contemplation of this great man in his latter days: poor, sick, old, blind, slandered,
persecuted, Darkness before, and danger's voice behind,in an age in which ... 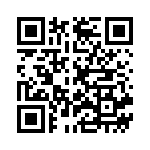