Rivington Street follows the lives of four Jewish women on Manhattan's Lower East Side at the turn of the century as they encounter love, politics, and the working world. Union Square recounts the ... Прочетете пълната рецензия 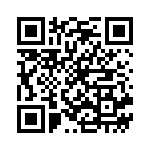