Ńňđŕíčöŕ 21
... with the Aryan knowledge vanishing and the Aryan character dying, the ancient
religion abandoned society and took ... to the eclipse of the Aryan dharma and of
sattwa, that power, unable to defend itself, brought about its own destruction.
Ńňđŕíčöŕ 22
Next, the ancient power of the Aryans has to be resurrected. First, the Aryan
character and Aryan education must reappear ; secondly, the yogic power has to
be developed again ; lastly, that yearning for knowledge, that capacity for work ...
Ńňđŕíčöŕ 10
The Aryans used to worship the Sun, Moon, Stars, Planets, theDawn,the Night,
the Wind and the Storm, Rivers, Streams, Sea, ... They say it is the war between
the Aryan race, which lived in the land of the five rivers, and the true Indians, the ... 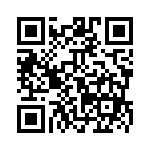